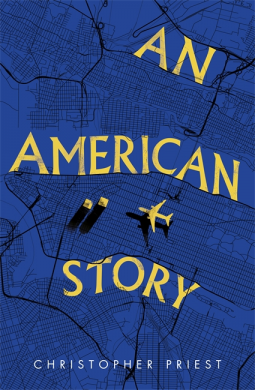 Synopsis: Ben Matson lost someone he loved in the 9/11 attacks. Or thinks he did – no body has been recovered, and she shouldn’t have been on that particular plane at that time. But he knows she was.

The world has moved on from that terrible day. Nearly 20 years later, it has faded into a dull memory for most people. But a chance encounter rekindles Ben’s interest in the event, and the inconsistencies that always bothered him.

The story starts with Ben telling us how he is reminded of his ex-girlfriend, Lil, who was killed in the 9/11 terrorist attacks, whilst he is reading an obituary of a famous Russian mathematician. It might seem that there is no way that Lil, Ben and the Russian mathematician are linked, but they are. But that isn’t really the main point of the story (at least that’s how I felt)

Throughout the book we discover move about Ben and Lil’s relationship, Lil’s ex-husband, the lies and truths about some of the conspiracy theories on what happened on 11th September 2001. And whilst Priest has said that he is not a believer in the conspiracy theories, he details his research at the end of the book and it puts forward some very good arguments.

Naturally, this will be a difficult read for some people. Everyone who was old enough remembers where they were and what they were doing when the attacks happened and reading this brought me right back to that day. Priest does an excellent job at portraying the confusion that lingered after the attacks. It’s harrowing because as you’re reading it you’re thinking ‘Shit, this is awful’. And then you remember that whilst this book is fiction, it is real. People did experience it. People didn’t know whether their relatives were alive or dead.

The thing I enjoyed most about this book is that it made me think. Not just about the conspiracy theories that surround that day, but also about social issues, the issue of national security and freedom of speech. I finished it over a week ago and I’m still thinking about it now.

It’s one of those ‘couldn’t put it down even though it made me feel sick’ books. I’d highly recommend it to anyone.

Follow The Girl With All The Books on WordPress.com